The cosmist idea, that humanity's destiny lies in the colonization of the entire universe, requires a change in perspective and scale. That's why the exhibition title, on a vertical banner, leads the eye sky-ward, where the museum hall's ceiling with its many lights happens to look like the belly of a huge space ship. A blue rim, that runs around the circumference of the hall, was used as the orbit for a long quote by a cosmist philosopher – the first time that typography had been placed there, in the history of the museum. 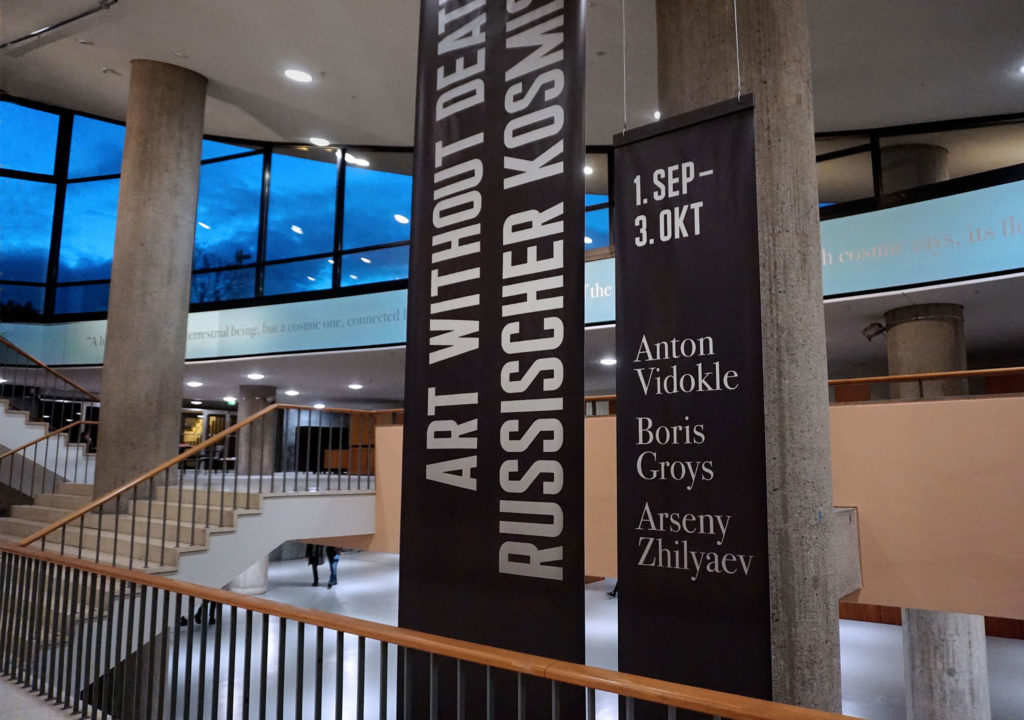 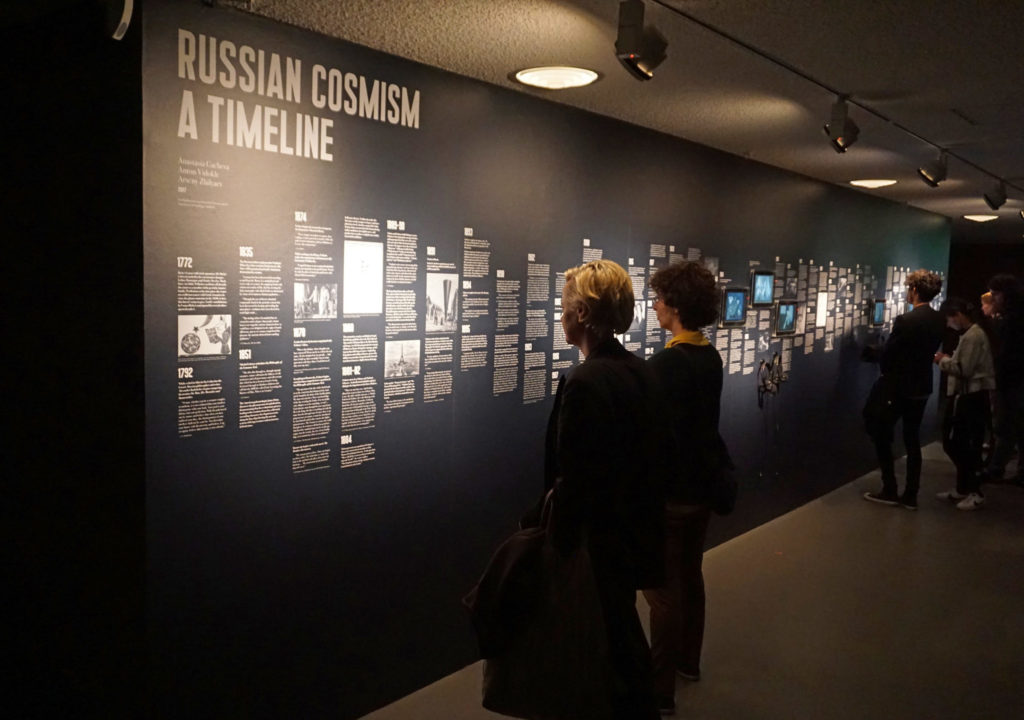 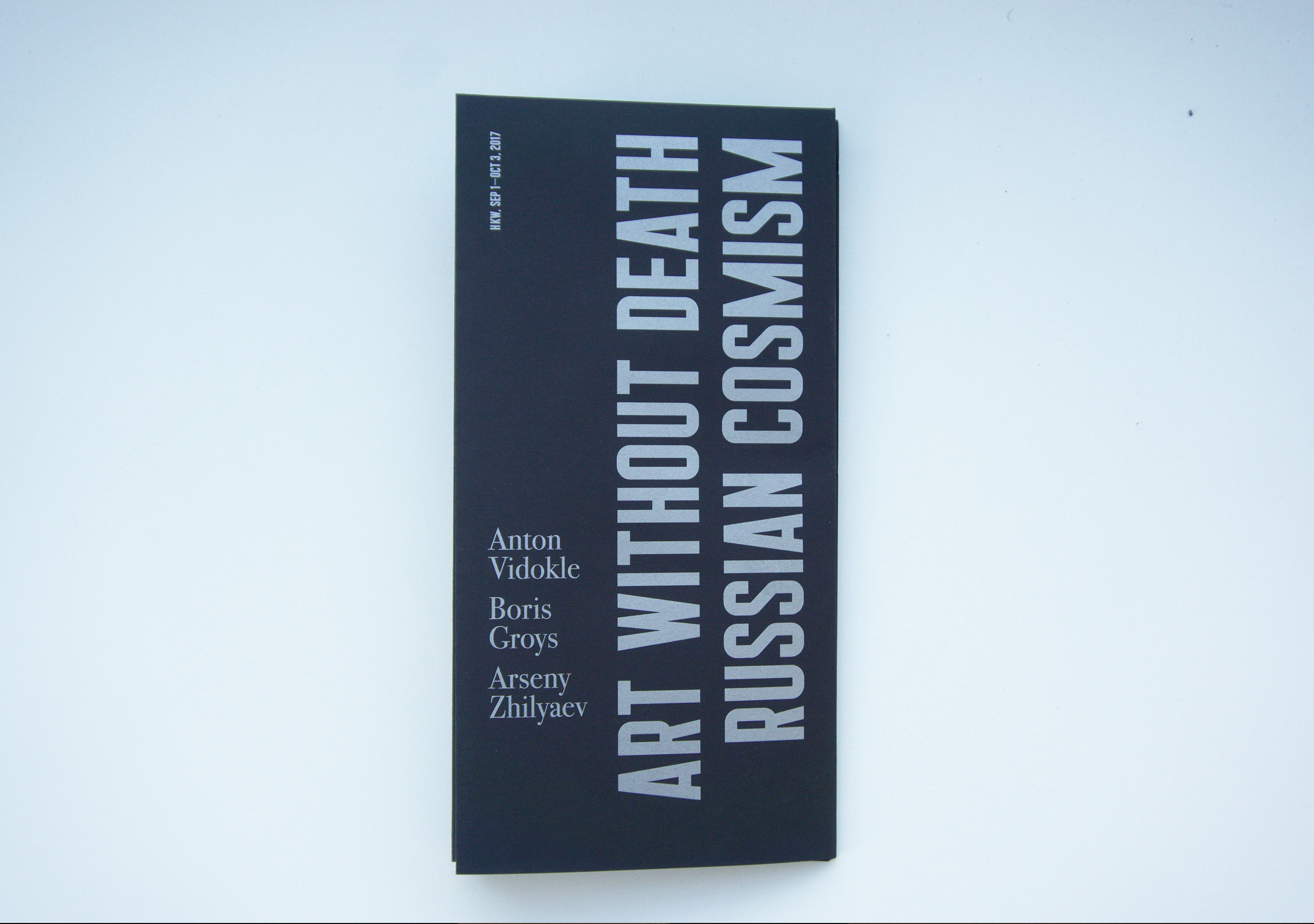 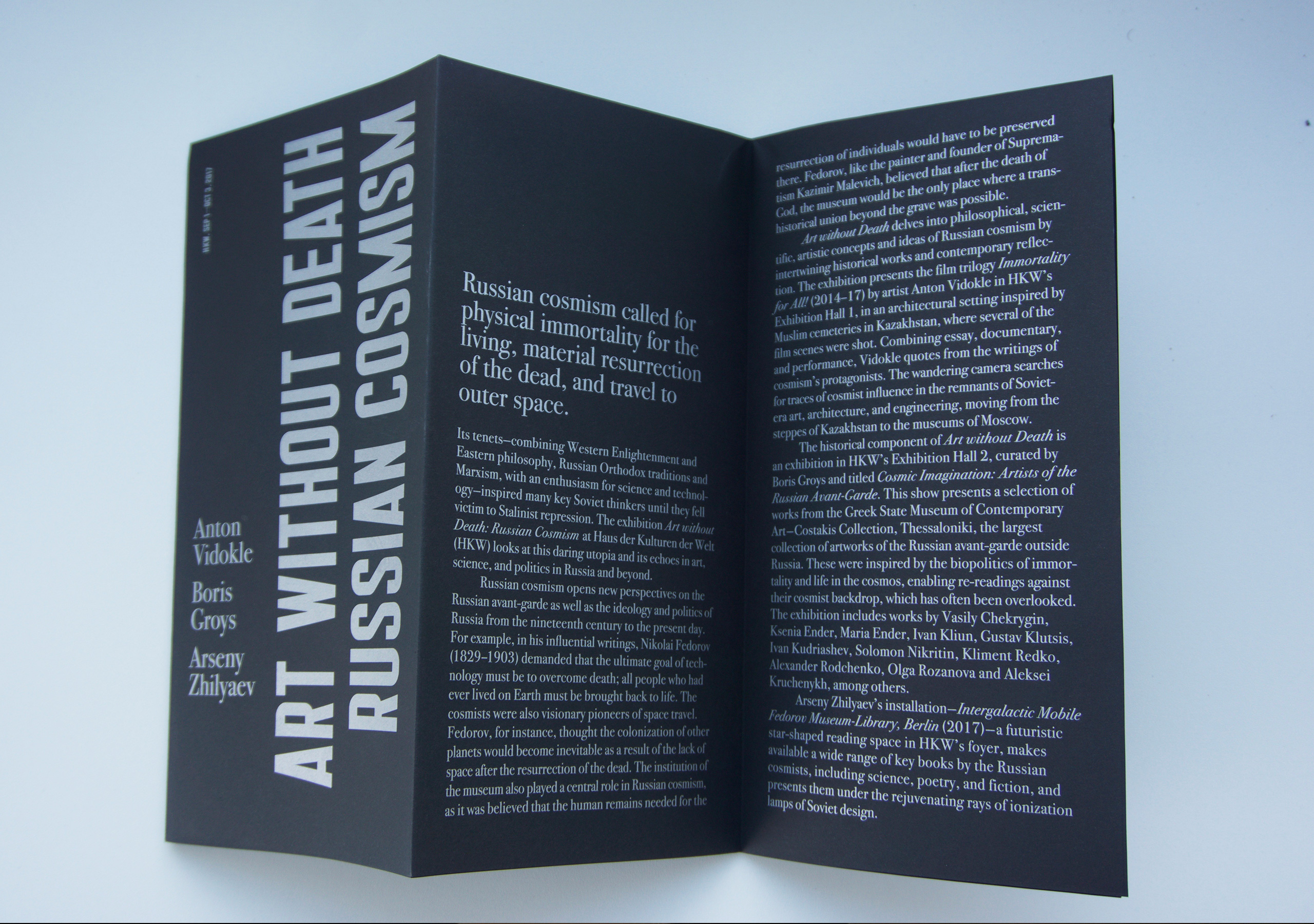 The exhibition flyer also burst the standard format: While unfolding it several times, the reader's sight is taken up by cosmic blackness, with all type printed in silver. The cosmist' quote becomes a souvenir poster.

The flyer integrates the construction-plans of the exhibition architects for three separate modular spaces in the gallery. They remind of the technical drawings that cosmists used to draw for space ships, but also show which text describes which module. 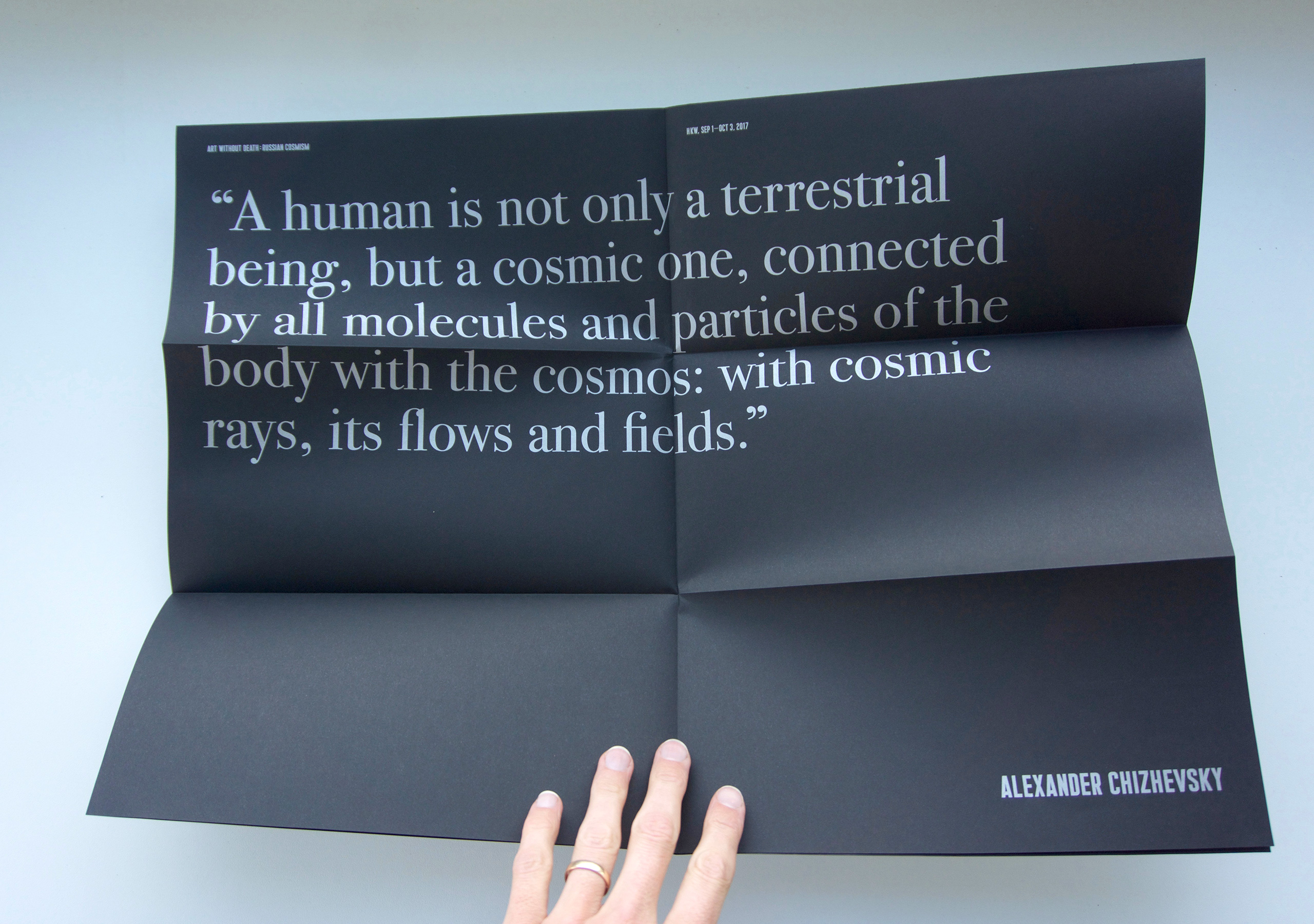